Learn about Gout from Ayurveda perspective, find out its Symptoms and Prevalence!

In this first unit, you will find out about Gout symptoms and how prevalent it is and who are more prone to be affected by it.

Unlike, Osteoarthritis and Rheumatoid Arthritis, Gout is a reaction to deposition of Uric Acid crystals in Joints and tendons and it is characterized by presence of high uric acid level in blood.

Do You Say Yes to Any of These?

In older days, because of Gout's association with drinking and eating excess of meat, it was often considered as wealthy people's disease. But, present studies tell that any body could be affected by Gout.

Once Gout was considered to be the Wealthy person's disease as it is more likely to affect the men who are obese, eat excess of meat and indulge in drinking. However, it is not completely true!

Key Aspects of Gout or Vata-Rakta:

The symptoms are very vividly described as intense pain such as caused by scorpion bite, aggravation during midnight and redness.

Simply, you can consider it reactive inflammatory changes initiated by high uric acid levels that are coupled with degenerative changes in joints and other soft tissues like muscles and tendons as well.

That is why both aspects - Vata and Rakta - are to be considered together in Ayurvedic treatment of Gout. If one aspect is overlooked, the condition is not resolved, rather it complicates even though symptoms might subside for a little while.

Sometimes, joint's pain is not a prominent sign of Uric acid, it can poor functioning of Kidney and Kidney stones due to Urates. Urate deposition in Kidney and Ear is also common.

However,  most of the time, there is crystal deposition in Joints cavity and surrounding areas like muscles or tendons and soft tissues.

Big Toe, Ankle, Knee and fingers are most commonly affected. 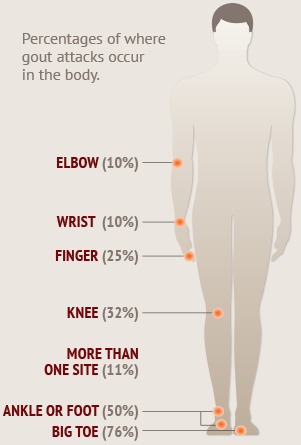 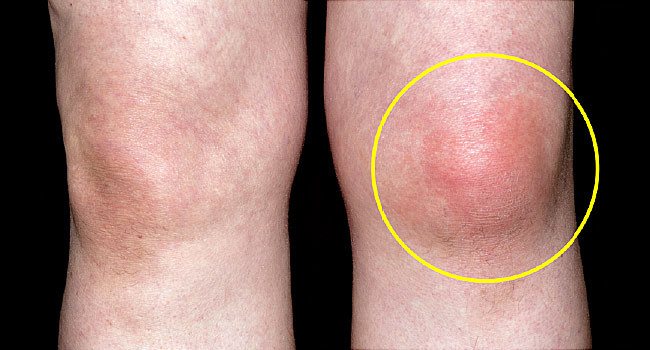 The Risk & Prevalence of Gout in Men & Women:

Gout has affinity toward men, especially between 30-50 years. After menopause women are also affected by Gout. The chance of its incidence starts at 30 for men, 50 for women and rises up to 75 years of age in persons who already have had the attack of Gout.

8.3 million people are affected in United States by Gout. Generally 2.5-4% of the population might be affected by Gout.

As age increases, the incidence of Gout rises because of several factors...

How much Susceptible are Obese person to Gout?

Obesity is one of the risk factors of several disorders such as Diabetes and Hypertension. It is a well established risk factor of Gout as well.

The risk is further enhanced as Obesity is also associated with poor metabolism,  liver and renal functioning. And all three compound to further rise the risk of Gout. 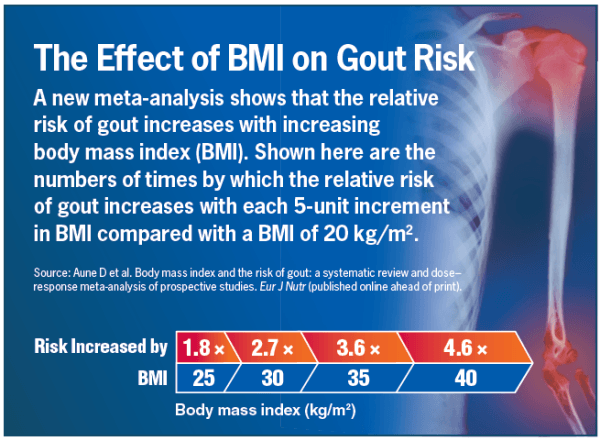 Some Real Life Presentation of Gout

David is in his late forties and works as an account. He was moderately overweight and indulged in drinking during the weekends. He suddenly got up one night and experienced pain and burning sensation in big toe. It was so acute that he had to take over the counter painkiller that was lying the medicine box.

The pain persisted for next few days and he also noticed some redness and swelling in big toe area. He was also feeling some feverish and could not go to office next day as it was difficult to walk.

In the evening he rushed to medical doctor and it was suspected Gout that was later confirmed about Xray and blood tests.

In the next training session, you will learn about...

This will help you to understand what goes wrong in Gout and how it would be affected by Ayurvedic herbs and other modalities.