Learn about Ulcerative Colitis & Crohn's Disease from Ayurveda perspective, find out its Symptoms and Prevalence!

Welcome and Congratulations to take the FIRST STEP to Ayurvedic treatment for IBDs by  starting with this FREE Email Training by Dr. Vikram Aditya Tomar!

In this first unit, you will find out about IBDs, their symptoms and how prevalent it is and who are more prone to be affected by it. And two videos are update here (both in Hindi and English) about 4 Pillars of Ayurvedic Healing and Cure of Autoimmune disorders / Chronic Disorders.

The incidence of IBDs is rising, especially in urban areas. When you have IBDs, it will always  beneficial if you are well aware of it.  The purpose of this information is to make you Well Informed and not to make you afraid.

I will guide you in this unit about its symptoms, general prevalence and persons who are more susceptible to it.

Do You Say Yes to Any of These?

IBDs can Affect about 1% of Entire Population...

Increasing Incidence of New Cases of IBDs Year over Year

Incidence of Newly Diagnosed Cases of IBDs  per 100,000 Persons 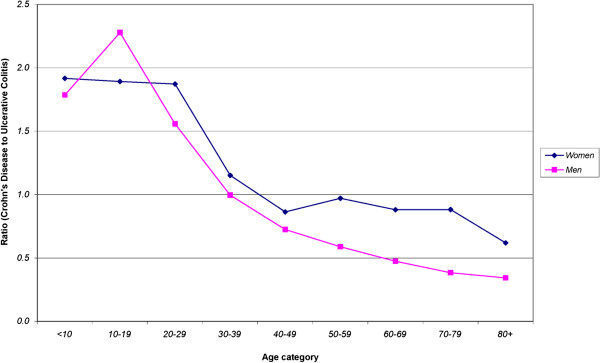 After 30 years, the ration is 1:1 or less for both men and women. This somehow balances the prevalence of both disorders. 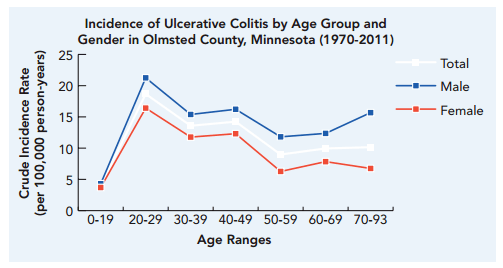 For every 100,000 of population, the total number of persons affected by Ulcerative Colitis is 10 to 20.

Generally, men are more affected than women by Ulcerative colitis.

Does Genetics Play Some Role in IBDs?

Even though, IBDs are autoimmune disorders. There is increased risk of IBDs in kids ifany of the parents do have it.

When both parents have IBDs, there is 35% chance for its development in kids.

Generally 20% of the persons having IBDs have another family member with IBD. 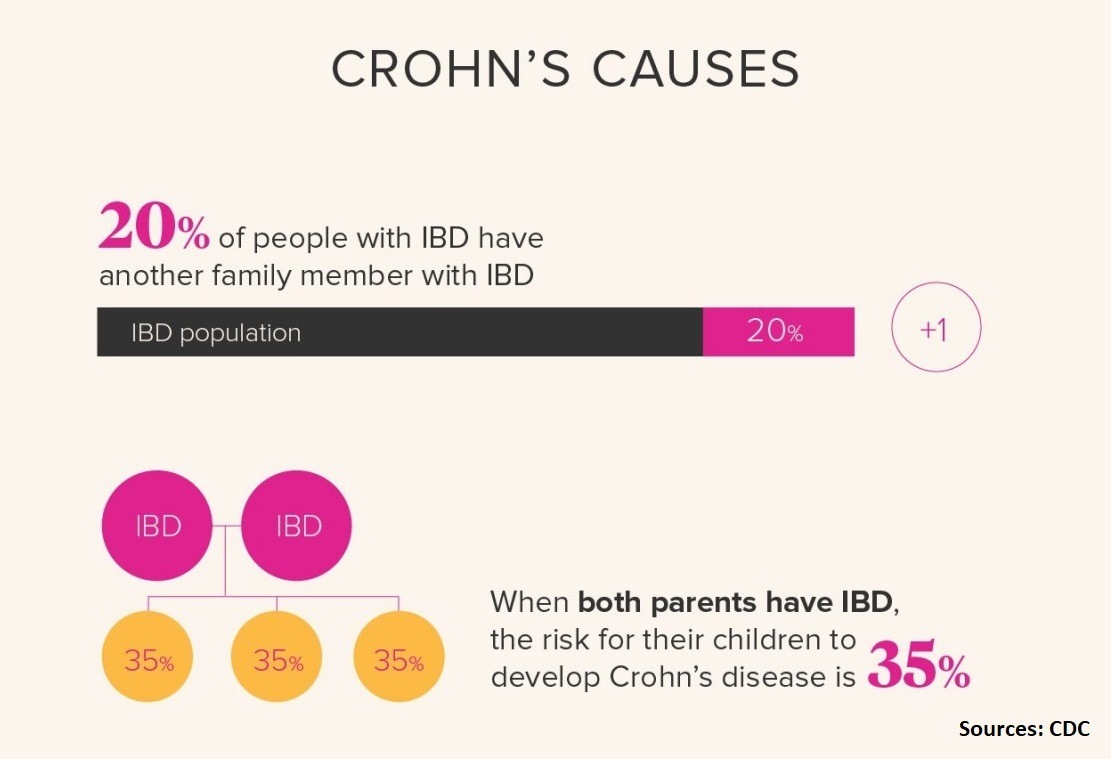 IBDs or Inflammatory Bowel Diseases - Ulcerative Colitis and Crohn's Disease - affect about 1-1.5% population. It is an autoimmune disorder that can be managed with Ayurveda in its chronic stage.

Are Kids Affected by IBDs?

Kids are being diagnosed with IBDs. Adolescents are more prone to have IBDs. Both Ulcerative colitis and Crohn's Diease have a general and most common onset age of 15-35 years.

Is Risk of IBDs same in Men & Women?

Generally, men and women are equally affected by IBDs. There might be slight variation geographically as men are more affected by Ulcerative Colitis than women in North America.

Any link between Obesity and IBDs?

There is no apparent link between the two. Persons with IBDs do have difficulty in proper absorption of nutrients. So, they are supposed not to be obese.

Some recent studies found that 15-40% of IBDs patients are obese and Obesity can definitely contribute to development of IBDs. Premorbid obesity, in particular visceral adiposity, might increase the risk of developing Crohn's disease.

You can watch the video below (available in Hindi & English) about 4 Pillars of Ayurvedic healing and cure of Autoimmune / Chronic disorders...

4 Pillars of Ayurvedic Healing and Cure

4 Pillars of Ayurvedic Healing and Cure

Mr. Balbir Negi had been a young executive of about 27 years working in IT company in Delhi when he approached me for the first time in 2011. His work is sedentary and demanding in nature. He was diagnosed with Ulcerative Colitis and had its common symptoms - bleeding in stool, several bowel movement with strong urge, cramps and flatulence.

He had to be admitted in hospital for bleeding or aggravated symptoms. Definitely, it had been stressful.

He is in constant touch with me and is in really good health. I will catch up with his inspiring story.

In the next training session, you will learn about...

This will help you to understand what goes wrong in IBDs and how it would be affected by Ayurvedic herbs and other modalities.